The 20th conference of the European Association for South Asian Archaeology and Art was held at the Hörsaalzentrum of the University of Vienna between the 4th and 9th July 2010.

Founded in 1970, the European Association for South Asian Archaeology and Art celebrates its 40th anniversary in 2010. The Association counts more than 400 members working in the fields of the archaeology and art history of the Indian Subcontinent and its Iranian and Burmese borderlands. In order to present and discuss current research, the Association organizes every two years a major conference in a European city. Vienna was chosen as the site of the 20th Conference in 2010.

The current president of the EASAA, Univ.-Prof. Dr. Deborah Klimburg-Salter, began preparations for the Conference in 2008. In addition to the president, the Conference team consisted primarily of Dr. Verena Widorn (Convenor of the Conference), Herbert Kamleitner (Organization) and Jürgen Schörflinger (Webmaster and IT support). The team was supported by Gerald Schneider of the University of Vienna’s Congress service, which handled the registration and abstract submission process. The organizers welcomed a total of 258 participants from 27 countries to Vienna. Generous funding was provided by the Austrian Federal Ministry of Science and Research, the University of Vienna’s Faculty of Historical and Cultural Studies, the Rectorate of the University of Vienna, the Austrian Academy of Sciences and the Vienna Convention Bureau. Thanks to this funding, a total of 31 distinguished guests from Afghanistan, Bangladesh, Bhutan, India, Pakistan, Russia, Sri Lanka and Uzbekistan were invited to the Conference. Representatives of national museums, respective monument offices, as well as ministries and recognized universities gave reports on their research at the Conference. Many of the participants were young scientists from South Asia whose participation at the Conference was subsidized through partial fellowships. Discounted flights for Conference participants were made possible by Austrian Airlines, the official carrier of the Conference.

The attractive and extensive social program facilitated networking and promoted the exchange of ideas and was greatly appreciated by all participants.

On Sunday, 4 July, Vice Rector Univ.-Prof. Dr. Arthur Mettinger welcomed participants during a reception for distinguished guests at the University of Vienna’s Arkadenhof. The reception provided the opportunity for our distinguished guests to speak in a more quiet setting with Kapila Vatsyayan; the representatives of India, Ambassador Dinkar Khullar and his cultural attaché; and the designated Austrian ambassador to Pakistan and Afghanistan, Mag. Axel Wech. In addition, all Conference guests who had arrived were welcomed by the Chair of the Department of Art History, Univ.-Prof. Dr. Lioba Theis, at the opening of the photo exhibit entitled “Cultural History of Inner- and South Asia” at the Department of Art History, which was curated by Mag. Petra Müller and Dr. Verena Widorn.

The Conference was officially opened on Monday, 5 July, by the Rector of the University of Vienna, Univ.-Prof. Dr. Georg Winckler. Keynote addresses were given by the founding director of the Indira Gandhi National Centre for the Arts in New Delhi, Dr. Kapila Vatsyayan. On Tuesday, Vice Rector Univ.-Prof. Dr. Heinz Engl and the Ambassador of India to Vienna, H.E. Dinkar Khullar, directed words of greeting to the participants at the opening of the exhibit at the Museum for Ethnology. This special exhibit was the result of a course at the Department of Art History taught by Mag. Regina Höfer, university assistant with CIRDIS and the Department of Art History, and the exhibition catalog was produced by Mag. Höfer and 20 students.

Participants had the choice of taking part in several excursions to well-known Vienna landmarks and to the monastery of Klosterneuburg where a special tour was arranged. During the Conference a 40-minute long documentary film was produced entitled “Women in Research and Science in South Asia” by Catherine Jarvis, an Australian professional filmmaker who works in Vienna.

With 140 lectures and 25 poster presentations, the 20th EASAA Conference offered an extensive and diverse scientific program focusing on research activities in South Asia, especially on the Indian subcontinent including its Iranian, Burmese and Tibetan borderlands and neighboring Central Asian countries. Participants from 27 countries presented their most recent and yet unpublished research on topics from the fields of prehistory, archaeology, art and cultural history, architectural surveys, restoration and conservation, religious studies, epigraphy and philology, as well as numismatics, ethnography and cartography.

The scientific program was opened with a keynote speech by Dr. Kapila Vatsyayan, founding director of the Indira Gandhi National Centre for the Arts and member of the upper house of the Indian parliament. In two parallel sessions (prehistory and history sessions), presentations and discussions took place on excavations and finds from the Bronze Age and Iron Age in Central and South Asia, as well as on Buddhist, Hindu, and Islamic art, cultural objects and architecture from the 2nd cent. B.C.E. through the Middle Ages and into the Mogul period. A third one-day session dealt with Indo-Tibetan art and archaeology.

Emphasis was placed in the prehistory session on the one hand on the development of urban civilization and rural settlements in the Harappa – Indus culture, on seal and ceramic finds from this period and on archaeobotony, especially in Gujarat and Haryana. The results of various archaeological excavations conducted in the Indo-Iranian borderlands, e.g. in Baluchistan as well as at early megalithic sites in South and Central India, were presented.

The central focus of the history session was placed on archaeological finds from early Buddhist sites and monastic complexes, such as at Taxila and Sanghol, as well as trade and cultural exchange between India and Rome during this period. Other panels dealt with Buddhist art in Bangladesh, early medieval architecture in context, as well as Islamic art of the Mogul period in India and Pakistan. Special emphasis was placed on iconographic studies of pre-Buddhist, Buddhist, Hindu and Tantric art. Special attention was given to the iconography of the Gandhara and Gupta period, a topic that was expanded through lectures on epigraphic and numismatic evidence from this period. The architecture of Hindu temples was an important topic. Two panels on coins and seals from the Kushana and Hun periods attracted great interest.

For the first time in the history of the Association, a plenary session focusing on Afghanistan was held, in addition to presentations on the art and archaeological finds from Central Asia and Pakistan. The directors of Afghan cultural institutions, such as Omara Khan Masoudi, director of the National Museum in Kabul, Prof. Nazar M. Azizi from the Academy of Sciences of Afghanistan, and Dr. M. Nader Rassouli, director of the Institute of Archaeology, gave reports on the status and development of their institutions. The directors of the Italian, German and French archaeological missions gave short reports on their activities. Also, Univ.-Prof. Dr. Deborah Klimburg-Salter reported on the Austrian cooperation with the Kabul National Museum and the training program for Afghan curators.

As mentioned above, the scientific program was supplemented by two exhibits at the Museum of Ethnology and the Department of Art History. These were curated by members of CIRDIS and the NFN “The Cultural History of the Western Himalaya”, both of which are headed by Univ.-Prof. Dr. Deborah Klimburg-Salter. The special exhibit entitled “Imperial Sightseeing: Die Indienreise von Erzherzog Franz Ferdinand von Österreich-Este” at the Museum of Ethnology directed attention to the Austrian imperial family’s early interest in the geography and culture of South India. The photo exhibit entitled “Cultural History of Inner- and South Asia” at the Department of Art History presents interdisciplinary research conducted at the University of Vienna and displays the continued interest in this area 100 years after Franz Ferdinand’s expedition.

A total of 13 colleagues (members of the interdisciplinary research platform CIRDIS as well as the FWF/NFN) had the opportunity to present their research at the 20th Conference of the EASAA in Vienna. 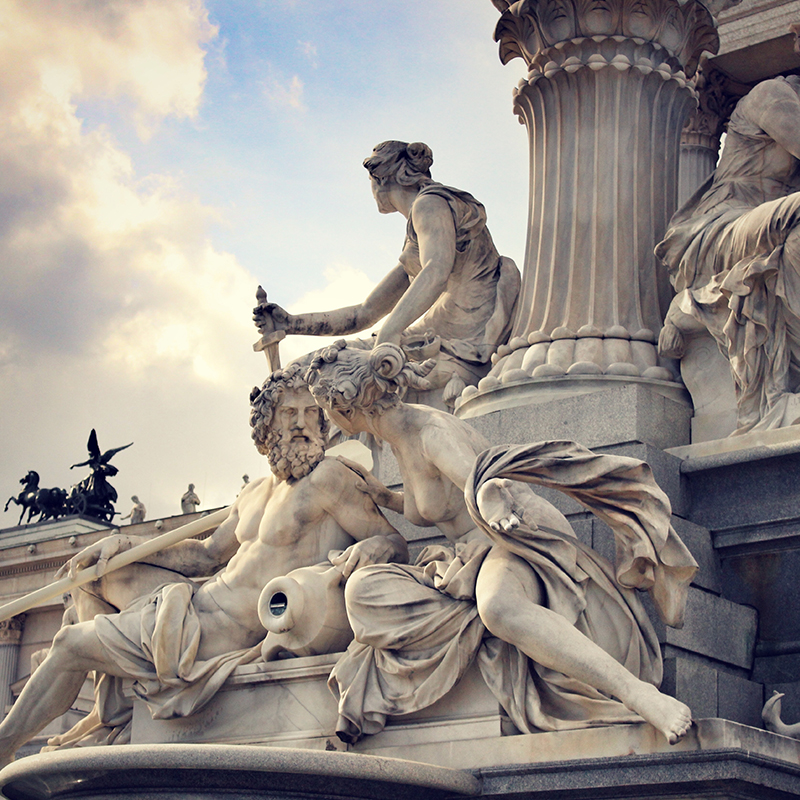